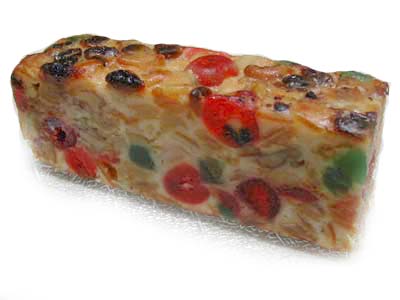 Fruitcakes are a staple of the holiday season, but what if you don’t like them? You may just be stuck, says fruitcakeologist F.R. Duplantier, who warns that it’s nearly impossible to unload the “spice-baked albatross” once you’ve accepted delivery.

On Monday, December 12, 2004, I sent out a limerick about fruitcakes to my politickles subscriber list. Friday, my friend Charley told me he’d heard Paul Harvey reading it that morning on his radio program. Amazing! I also sent out the silly press release excerpted above and wound up being interviewed on morning drive-time radio programs in several major markets. What a wacky world!