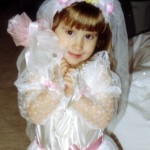 I celebrated my 25th wedding anniversary last month. So did Evann, oddly enough, on the same day. We’ve both been married 25 years. That’s 50 years of combined marital experience. If you want to know the secrets of a lasting marriage, you should ask us — while we still have our faculties.

There are two secrets to a lasting marriage: spite and inertia. If neither one of you can bear the thought of the other being happy with someone else and the prospect of getting back into the dating scene scares the living daylights out of both of you, you’re pretty much golden.

Actually, there’s only one secret to a lasting marriage, and I do know what it is.

But, first, a seemingly pointless anecdote.

I used to work with a guy who told anecdotes that truly were pointless. That would have been fine if they’d been entertaining, but they weren’t in the least. One, for instance, was a detailed description of how he, personally, made a sandwich.

W—– had a repertoire of about a dozen of these gems and no qualms about repeating them. Each one took about 20 minutes to tell and he always told them exactly the same way, word for word. Once he started one, he couldn’t stop until he finished.

I generally prefer dialogue to monologue and have a habit of interrupting storytellers with wry comments of my own, but I soon found out with W—– that this was a very bad idea.

If you interrupted him, he would short-circuit. He would grin strangely like he had gas and his eyes would freeze in their sockets. Then, he would start over from the beginning.

I once interrupted him 19 minutes into a pointless anecdote and wound up having 39 minutes of my time wasted, instead of just 20. I never did that again. From then on, I made a point of interrupting him near the beginning of his recitations.

One of W—–‘s standard opening lines was: “I read a book once . . .” That was my cue to interject that he should read more often, short-circuiting the anecdote and forcing him to begin again.

Here’s where the point of this seemingly pointless anecdote comes in.

It was a book by Fulton Sheen called Three to Get Married. I bought it at a secondhand shop shortly after my own wedding because I like Fulton Sheen and the title intrigued me. I fully intended to read it, but never got around to it and wound up giving it to a friend who was preparing to get married.

As it happens, my eldest daughter is getting married tomorrow. For her, her husband-to-be, and the Big Guy upstairs, I propose a toast: May the three of you have a long and happy marriage!