Some months before I was fired as the director of membership and technology services at the national office of the Society of St. Vincent de Paul, I was working on an image of Blessed Rosalie Rendu in a graphics program so that I could post it on our website. I diverted my attention to something else for a moment — a phone call, a co-worker with a question — and, when I turned back to my computer screen, she was blue. Entirely blue! I hadn’t done anything to make the image blue, and it took me hours to figure out how to do so. She had turned blue on her own.

For someone like me who likes things to make sense, this was pretty disturbing. But it wasn’t my first unsettling encounter with Rosalie. At a meeting months previous, the staff had watched the Society’s introductory video, which includes images of the founders and patrons. When the static image of Rosalie appeared on the screen, it winked at me. I say at me, because, when I looked around, it was clear that none of the other staff members had noticed it.

Why had Rosalie winked at me? Was it just to be friendly? To acknowledge that we had something in common or shared some secret? Was it an affirmation of my efforts to improve the Society’s public image, or my struggle to change the culture of incompetence and corruption at the national office? I had no idea what it signified, other than some sort of approval.

And what did her turning blue mean? Sadness at the unjust and uncharitable behavior of senior staff members? Awareness of my coming termination? All I knew for sure was that she was trying to communicate with me, that we had a bond of some sort, and that maybe she wanted me to do something for her.

Eventually, I found myself in a position in which I had to blow the whistle on egregious misbehavior — and I did so, through the proper channels, and was summarily dismissed (in violation of the Society’s own whistleblower policy). At that point, I made a determined effort to bring the matter to the attention of the board and the national council, which resulted in a bogus investigation and a brazen cover-up at the Society’s national meeting in September 2008.

During the months leading up to that meeting, I created a new verse form: the Rosalie, invoking Rosalie Rendu, the spiritual advisor of Blessed Frederick Ozanam, to intercede on behalf of the organization he founded and rid it of the rats infesting it. Above is one of the last of my 60+ “Rosalies.” I have reason to believe that Rosalie has heard my petitions and that the rats will soon be leaving. For this, and for the trust Rosalie placed in me, I am truly grateful. 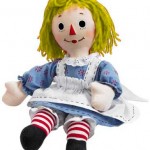 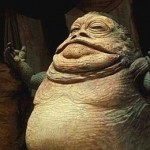