It’s obvious enough that a person can sin by doing something wrong, somewhat less obvious that he can sin as well by not doing something right. The Catholic Church, in its infinite wisdom, distinguishes between sins of commission and sins of omission, and condemns them both. 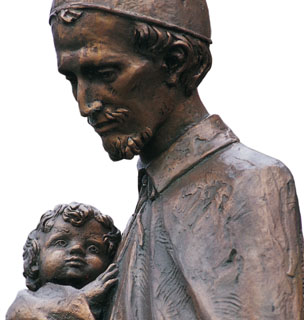 It was an understanding of the sin of commission that prompted protest recently when three lay Catholic organizations issued an alert to their members encouraging them to support the socialistic healthcare “reform” legislation being drafted by Congress. Provisions relating to abortion and euthanasia, among others, make that legislation completely unacceptable for Catholics, and support for it sinful.

Spokesmen for these organizations expressed surprise at the protest, denied that they were supporting what they clearly had supported, and accused their critics of being disingenuous and deceitful.  In other words, they compounded their first sin of commission by committing at least two more: lying about the obvious implications of their support and slandering the faithful Catholics who had called them on it.

What has escaped widespread notice and protest, so far, is the fact that the leaders of these organizations are also guilty of the sin of omission. In addition to doing something wrong, they have also failed to do something right. Not only have they effectively supported abortion with their recent alert, but, over the course of many years, they have failed to express strong opposition to it. (Had their pro-life sentiments been unequivocally expressed all along, their protestations over the reaction to their recent alert might have had a more honest ring.)

The Society of St. Vincent de Paul, for instance, has published position papers on affordable housing, health care, immigration, fair wages, restorative justice, predatory lending, homelessness, and hunger — but not abortion. Its Voice of the Poor committee purports to speak for the voiceless, but it has never seen fit to speak out on behalf of the one poor person who really cannot speak for himself, the unborn child.

Individual members of the Society who have commented on this omission and sought to correct it have been rebuffed by leadership.

The conferences and councils of the Society make heroic efforts to help unwed mothers and struggling families, but imagine if the Society as a whole truly were a voice of the poor unborn child. Imagine if its 120,000 members in the United States spoke as one in opposition to abortion. Imagine if the national leadership echoed that voice. What an impact they could have!

But no. The issue isn’t even worth a position paper.